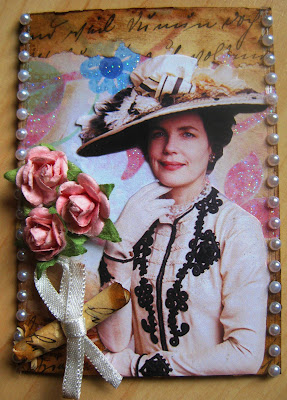 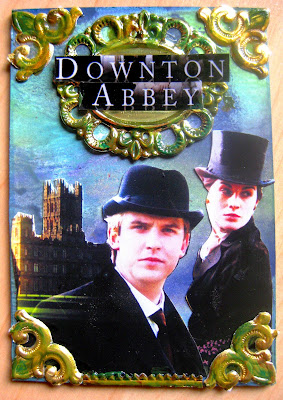 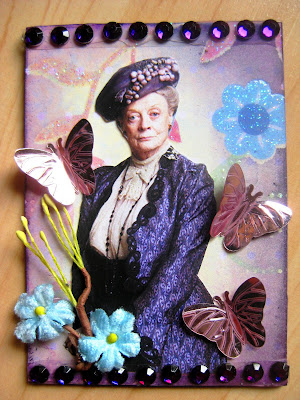 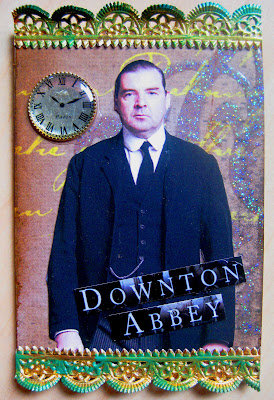 For a VPI Yahoo Group ATC swap I made these ATCs. The theme is "Downton Abbey". This TV series is very popular in England. Here in Germany it is not quite so well known. However, I am a big fan of this great series and I bought all DVDs. Here is a short explanation:

Lord Crawley sees his family heritage, especially the grand country home Downton Abbey, as his mission in life. The death of his heir aboard the Titanic means distant cousin Matthew Crawley, a Manchester lawyer, suddenly is next in line and accepts moving onto the vast estate with his even more modernist, socially engaged mother, who clashes with his lordship's domineering, conservative mother, the dowager. Marrying off the daughters is another concern. Meanwhile, the butler presides over a staff which serves the family, but also lead most of their entire lives in the servants' quarters, intriguing amongst themselves.

The actors on the ATCs are: